The President granted SUBÜ the Higher Education Award of Excellence

President Erdoğan granted Rector Mehmet Sarıbıyık an award for a laser system developed by academicians of Sakarya University of Applied Sciences to be used in cancer treatment and produced with national means.

At the Academic Year Opening Ceremony, awards were presented to the universities that were entitled to receive awards on different topics. Sakarya University of Applied Sciences was granted with the Higher Education Award of Excellence and entitled to receive the “Community Services Award”. Sakarya University of Applied Sciences, Faculty of Technology developed a Multi-Mode Photodynamic Therapy Laser System and its prototype for use in cancer treatment with a project which was supported by TÜBİTAK as part of the National New Ideas and Products Research Support Program. This system, which has a much lower cost and close to zero side effects compared to traditional cancer treatment methods, has been successfully implemented in many cancer types in several countries around the world.

THE FIRST MULTIFUNCTIONAL CANCER TREATMENT SYSTEM IN THE WORLD

With the Laser system developed in the project, it can be seen that the rays that can be applied to the cancerous tissue in seconds destroy the tumor tissue in a few sessions, and does not harm healthy tissue in many cases. In the project under the direction of Prof Dr Hyun Soo Lim, who came from South Korea and has worked at the Faculty of Technology full time for 5 years, the technology transfer approach was adopted and the device, which was later acquired with multi-mode irradiation through completely domestic engineering possibilities, ensures that through the developed modes the treated tissue does not heat up, the healthy tissue is not damaged, and the treatment period is shortened.

In his remarks Rektor sarıbıyık stated: “Universities are not only centers that produce science, but also have responsibilities such as community services. With this project, we both produced science and had the opportunity to serve the society. Through technology transfer, I was extremely happy that the high-tech laser device reached the production stage in a short time. I hope this device, which offers a much more sensitive operation chance for a disease such as cancer, will serve well to our country. We know that it is extremely important to produce such devices in our country. We should rapidly produce medium and high technology medical devices manufactured with domestic and national possibilities. It is a great excitement for us that such works are being supported and rewarded. I, hereby, would like to express my gratitude to Mr. President Recep Tayyip Erdoğan, who honoured us, Mr. Yekta Saraç, Chair of the Council of Higher Education, to the competition committee, to Dr. Hyun Soo Lim and to our academics.” 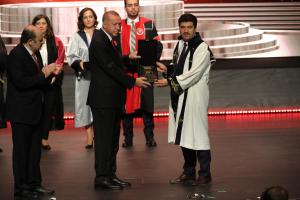 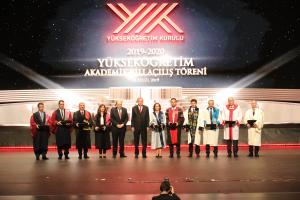 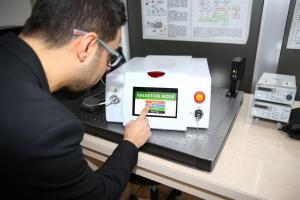 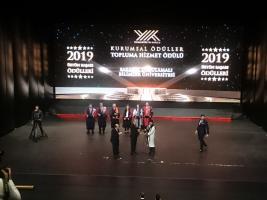